Come to Nashville, and it won’t be long before ya hear a fantastic story. Whether it’s about the city’s world-class Fiddlin dating back to the 1700s or Jimi Hendrix’s residency at Club del Morocco in the 1960s—there’s a story. So when someone says they want an American Traditional tattoo, we’ve got a story. And it’s all about Sailor Jerry.

America’s introduction to tattooing can be traced back to the mariners of the early 1800s. Sailors would return from their voyages in Japan, Indonesia, and other Far East countries with stories of tattooed men they encountered on their travels. Soon after, sailors began using tattoos to tell their stories and rebel against mainstream society. They would use makeshift needles and ink to etch symbols like skulls, snakes, and anchors on their skin to protect them from the dangers at sea.

Fast forward to World War II, when a heavily tatted-up Naval legend named Norman “Sailor Jerry” Collins set up shop in Honolulu’s Chinatown area with a local Chinese tattoo artist named Tom (one guess on the name of their shop).

Sailor Jerry became the “go-to” tattoo artist for sailors and soldiers based in Pearl Harbor and those passing through or on shore for leave. Soon Sailor Jerry’s iconic ink could be seen on thousands of military personnel.

Today, American Traditional tattoos continue to solidify their place in the tattoo world—whether as a nod to rebelling against the norm, honoring days gone by, or just for their cool-as-hell aesthetics. Whatever the case may be, American Traditional tattoos are a staple of flash art. And the best part? They look good on any skin tone because they are so highly saturated.

If you want to find out more about American Traditional tattoos, send us a booking request or stop by Hart & Huntington Nashville and talk to one of our renowned tattoo artists. Maybe you want to match your grandfather’s tattoo. Or, forgo the anchor and go badass with a skull and dagger.

It’s your story. Choose how you’ll tell it to the world.

Discover how we help our clients get their own American Traditional tattoo.

Draw pictures. Change people’s lives.
A piece of art can leave a lasting impression—especially if... 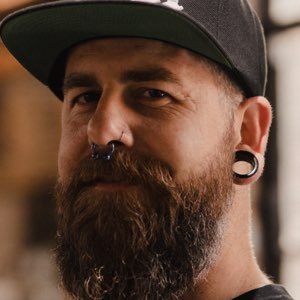 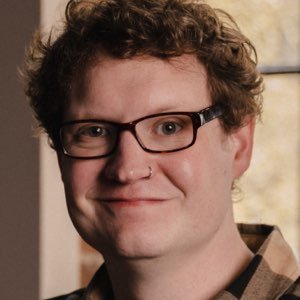 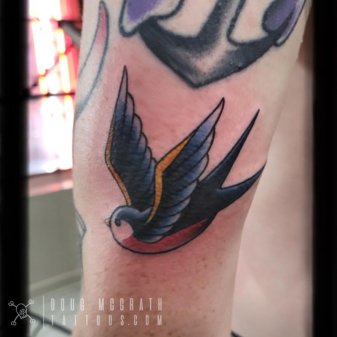 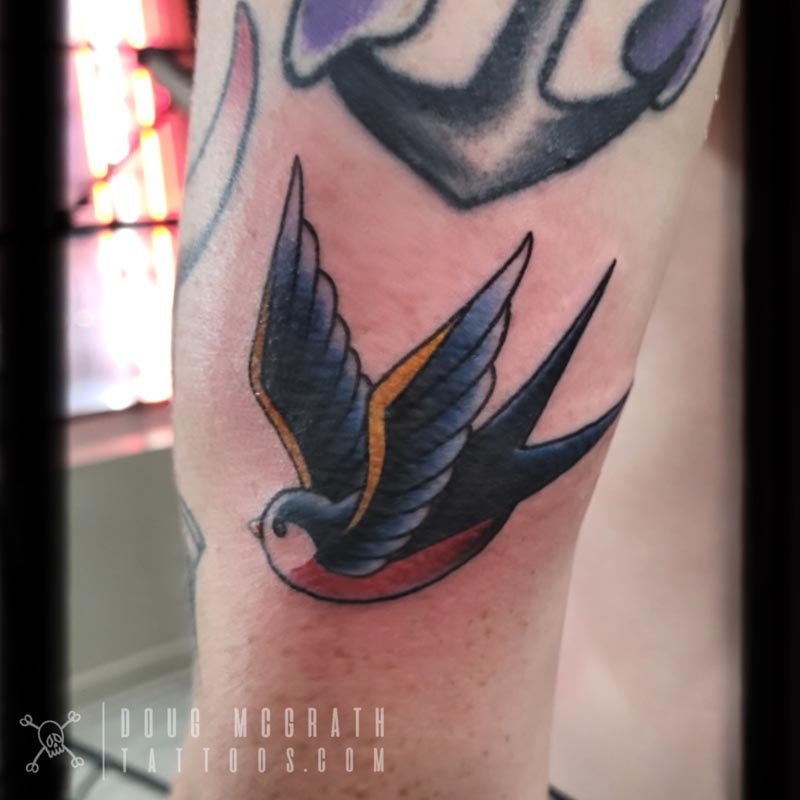 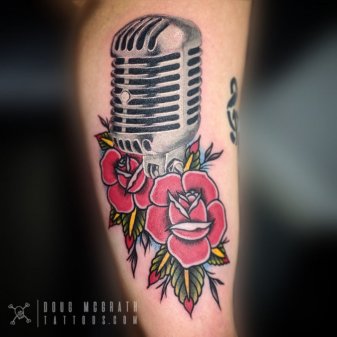 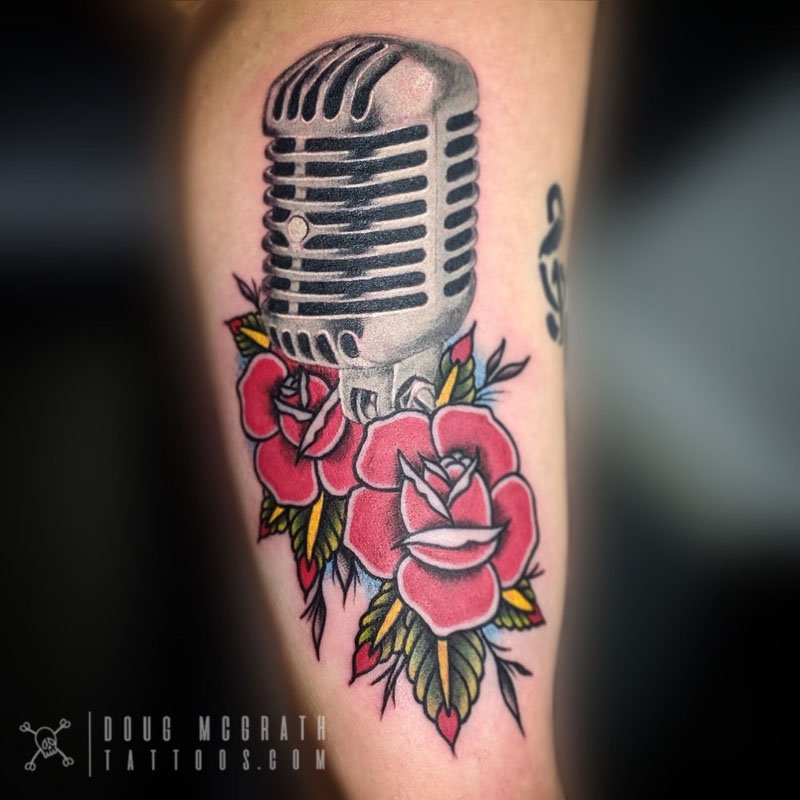 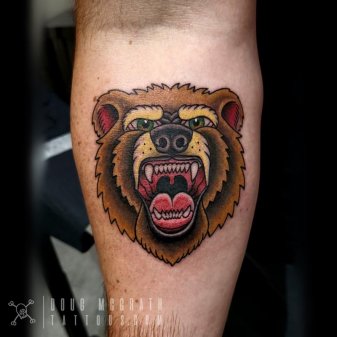 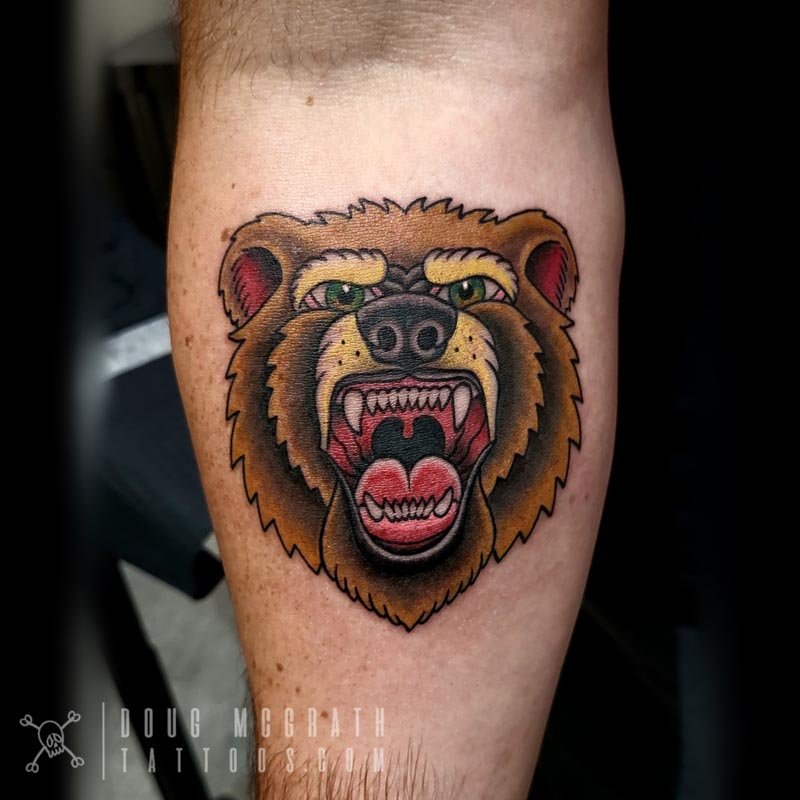 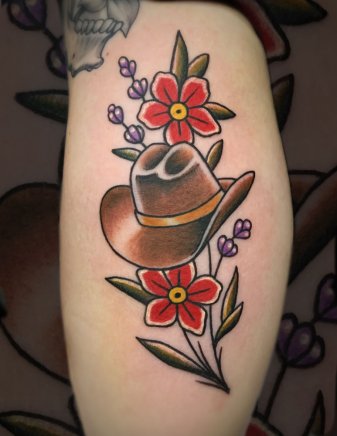 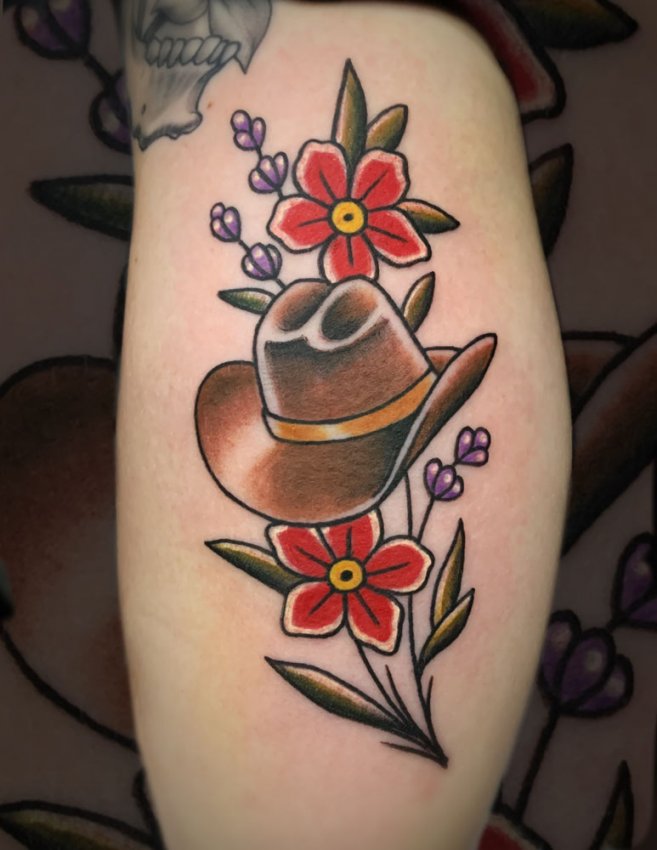 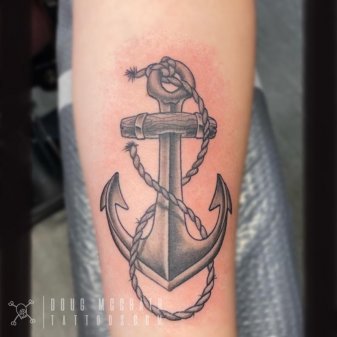 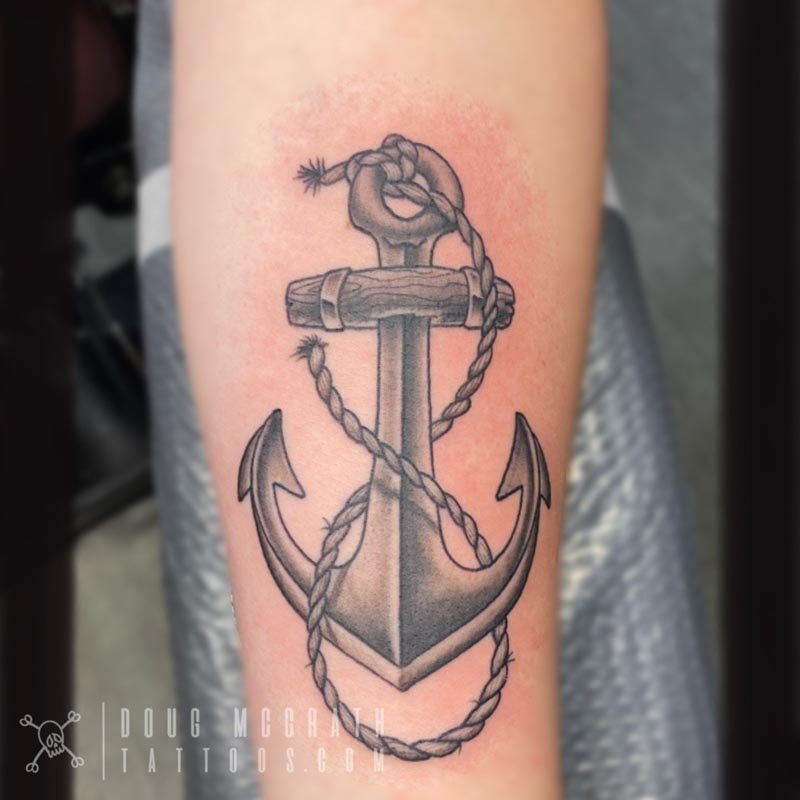 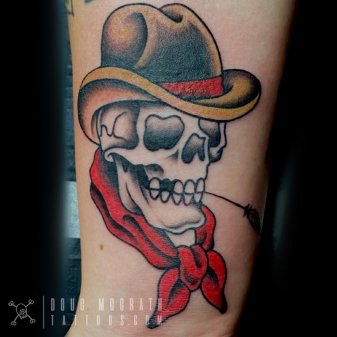 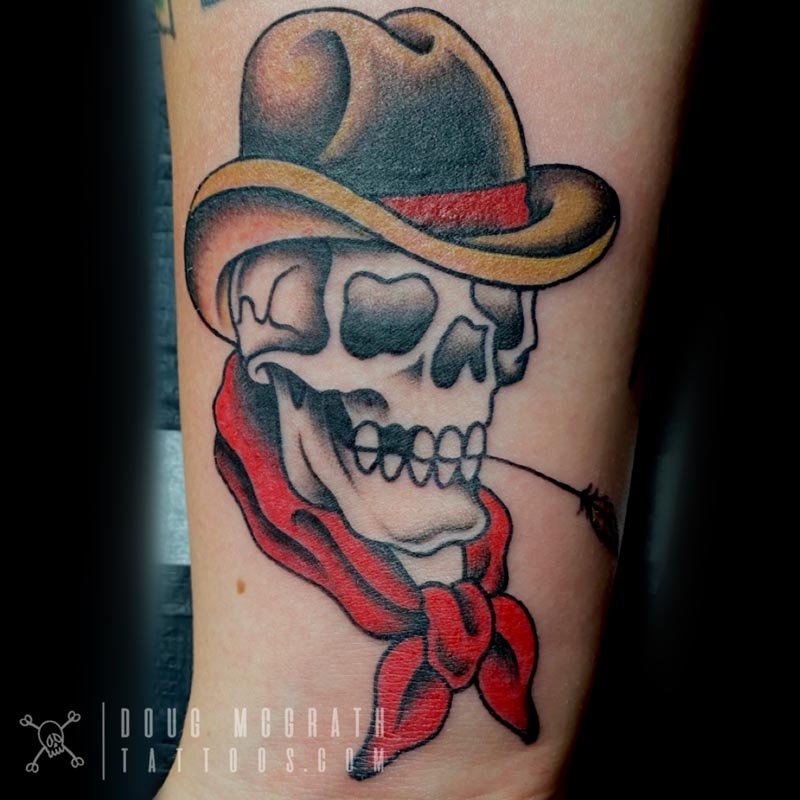 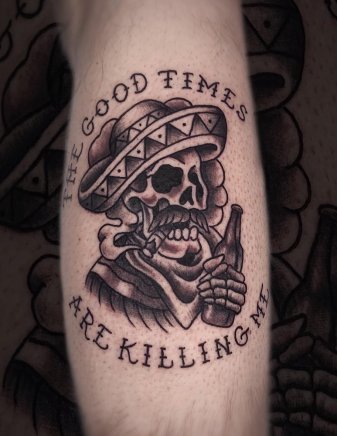 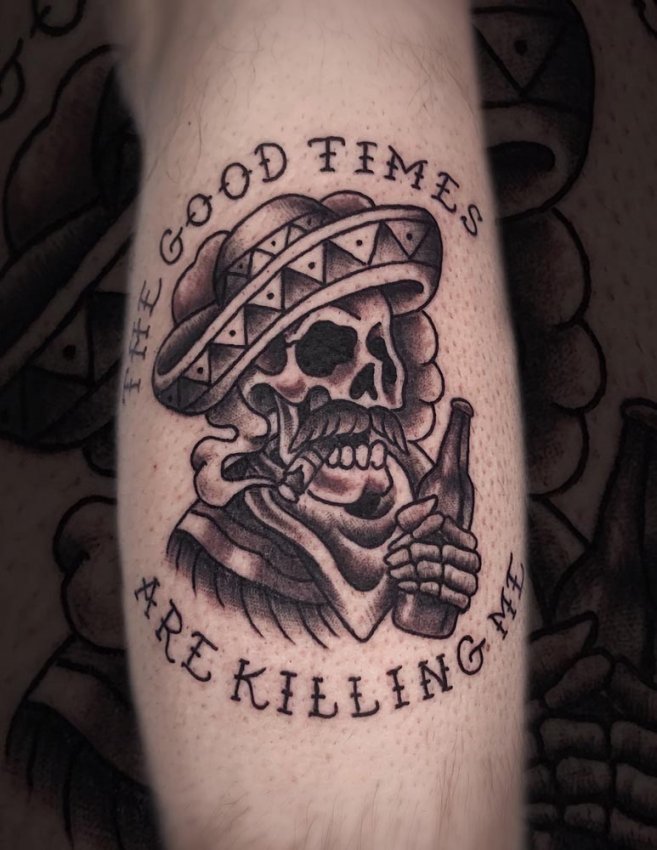 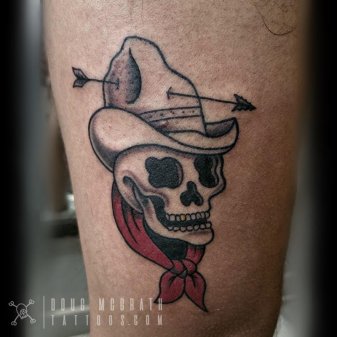 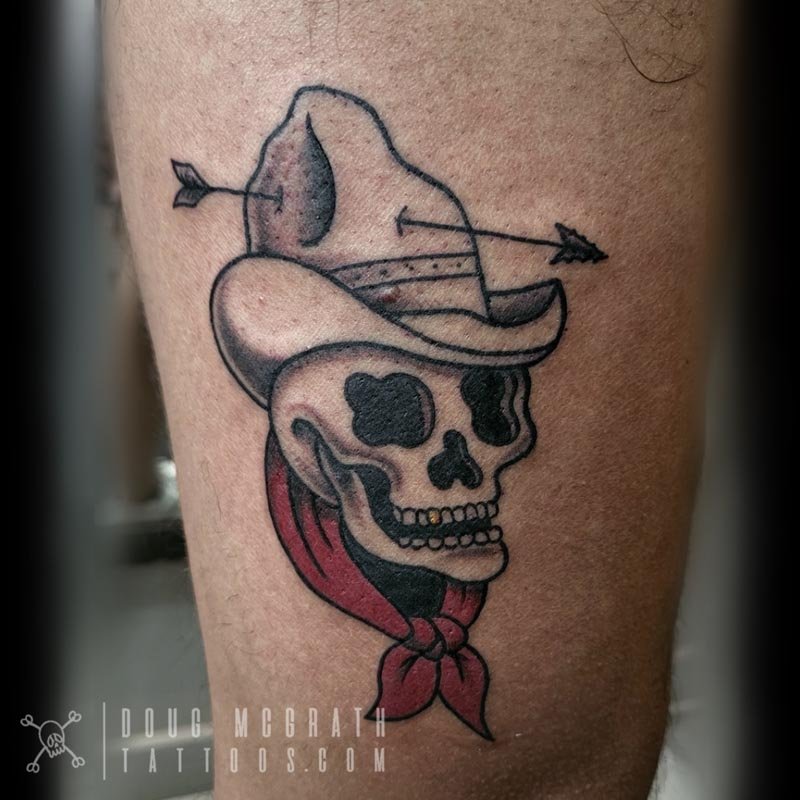 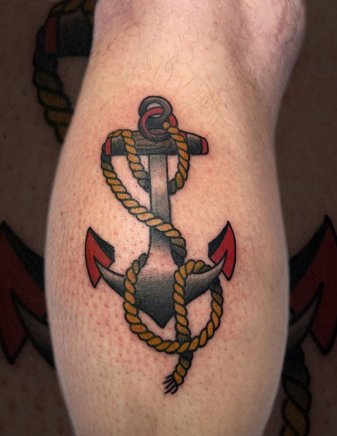 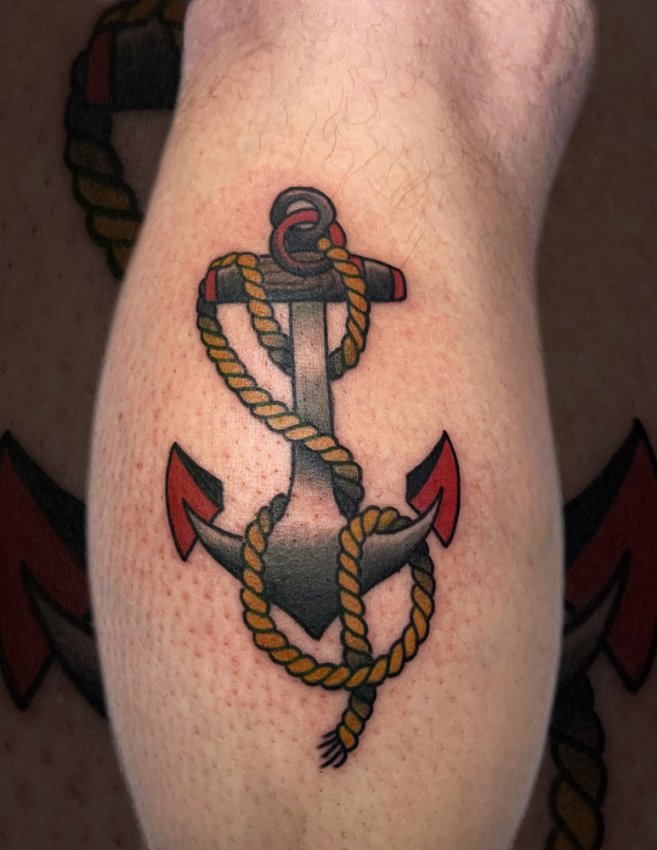 Discover how we help our clients get their own American Traditional tattoo.

Get H&H news and announcements