The guts to be great.

Artists featured in this article

For Dustin, there wasn’t a single moment where art entered his life. It was always there. His story is about taking that natural talent and turning it into something incredible. And that journey will never stop.

Art has always been a part of my life. A lot of it was me being bored in class and doodling, cartoon characters mostly. I took art classes in school. There were a couple of kids in high school that were amazing and that made me want to draw a little more. But I didn't get heavily into it until I started tattooing.

His tattoo curiosity came from his parents.

My dad had two tattoos, a bald eagle with an American flag and my mom’s name. My mom had a couple too. So when I was a kid, I started drawing on my own arm. But being from a small town, I didn’t think about tattooing as a career.

As for his own tattoos;

I got two when I was 19 at a well-known shop in town. I was in a band for a while, which made me think of image and tattoos.

Then, sort of in an unplanned way, he got an apprenticeship.

My dad was working for the NSA and I started thinking about that as a career opportunity. I was working on getting a security clearance when I got offered an apprenticeship at a shop I was hanging out in, around 2007. I decided to pursue a career in tattooing instead.

But it wasn’t your typical apprentice experience.

I was one of three apprentices and the owner was really never there. I was pretty much all self-taught for the first year. I was in a band at the time, and working 40-plus hours a week as a Team Lead at a Call Center. The shop wasn’t set up to be the best environment to learn in, and eventually I left.

Dustin didn’t tattoo after that for about five years, until one of the artists opened his own shop. He brought Dustin on as a full-time artist.

When I saw in 2012 that he posted online looking for an apprentice, I had decided it was the right time for me to pursue tattooing again. I knew I could work at a shop with other artists I could learn from rather than just being one of several apprentices trying to teach ourselves.

Unlike his apprenticeship, Dustin’s tattoo career had a pretty positive start.

My clients gave me the most support. My friends let me try things. It was fun. 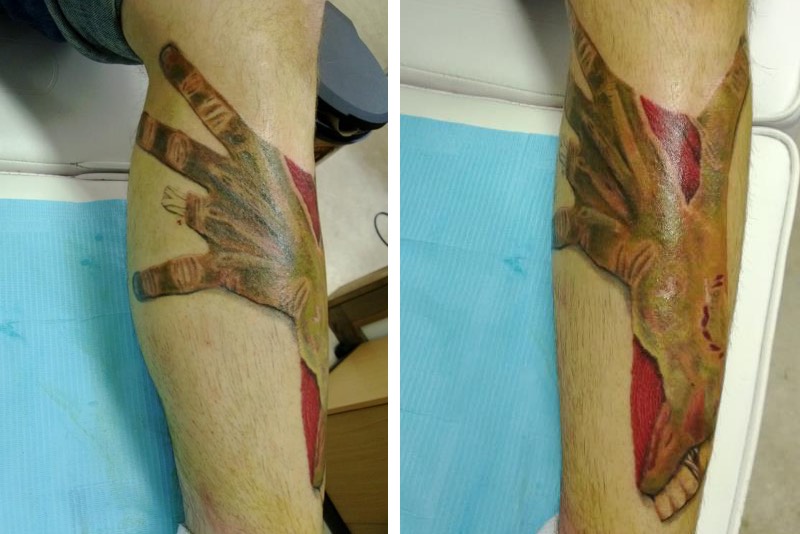 In fact, one of my buddies wanted a zombie and I had this crazy idea to create a zombie arm reaching out of the ground and grabbing his leg and he let me do it. I got to put in a lot of extra details and go nuts. I’ve progressed a lot since then but that was one tattoo I still feel great about.

Another early piece is still in his portfolio today.

We had a piercer at the shop that got a piece from me. It was the bar of soap from the movie, Fight Club. It was awesome because it was a multi-session piece–he would let me work on it anytime I wanted. So if, after it healed I decided that it needed something else, he was always okay with sitting again for me to fine tune it. It’s still in my portfolio. 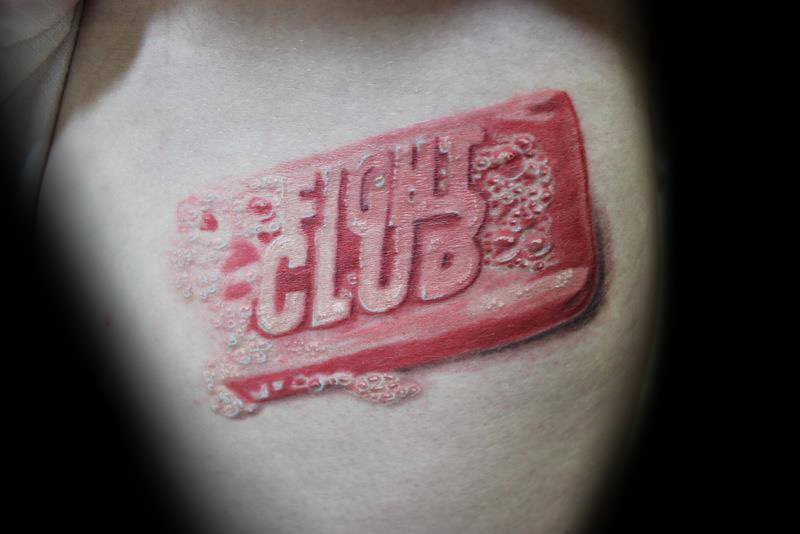 Dustin claims he doesn't really have a signature style. While he is most drawn to more expressive styles like New School, he has always been open to tattooing any style.

When I first started, I tattooed whatever I could do with my abilities. Today I probably still don’t have a set style. My last shop got me into the mentality that I had to be able to do anything because we were the only shop in a small town and I couldn't turn anyone away. I even did my first portrait at that shop and it was a slightly terrifying experience. Without having anyone that did portraits in that shop to learn from, it was truly like a trial by fire.

He's done everything from Traditional to New School to Realism. He even created a YouTube channel to demonstrate his craft and get the word out.

I'd make and post weekly flash painting videos as a way of motivating myself to keep creating. It was mostly Old School Traditional flash, the kind that you'd see back in the day. Neo Traditional and New School are what I lean towards now but I can do anything. 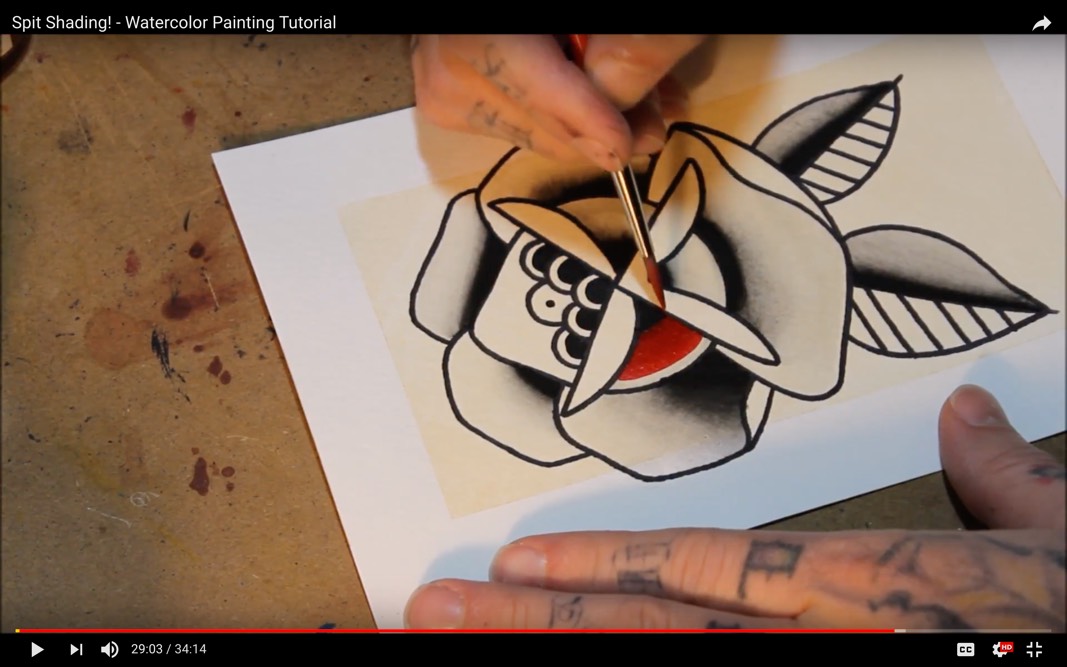 His favorite tattoo he's done so far was a realistic Black and Grey skull.

We had a guy come in one day who wanted a skull for his birthday. I convinced him to do a realistic black and grey skull. He let me go for it and it had a lot of nice texture and depth. It let me know that there was more I could do, I wasn't limited. I was happy with that one. 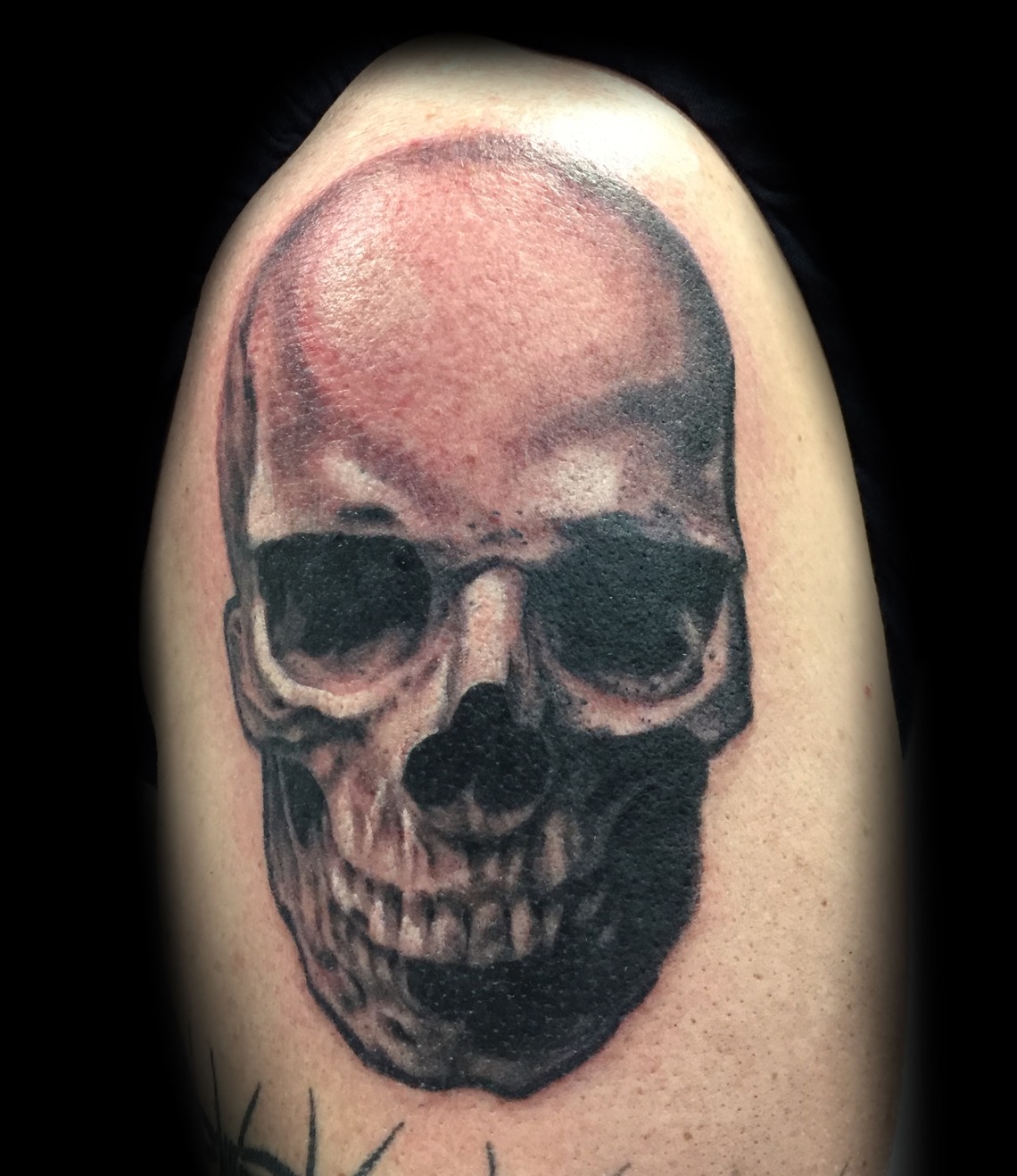 The other was one inspired from his oil painting.

This was another neat tattoo. One of the shops I worked in had artist who were into oil painting and they got me into it. One of my clients had seen a painting I was working on, a face with a mask. He let me tattoo it on him, on his thigh, pretty huge. It was fun to take something out of my head and get to paint and tattoo it. 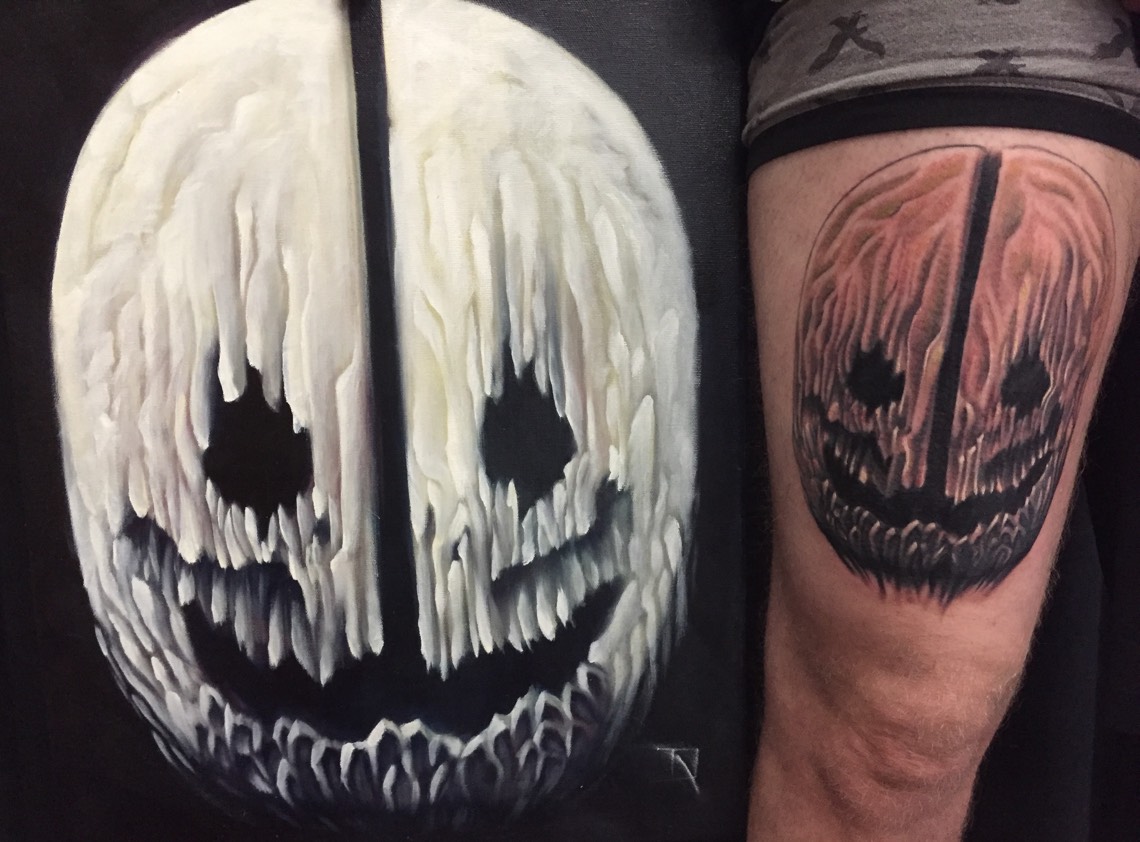 Now that he’s at Hart & Huntington Nashville, his talent has only grown.

It’s great to be in a place where there is a team of people to work with. Everyone does things a little different than what I’m used to and it helps me grow as an artist. And, you never know what kind of clients you’ll get. In Nashville, people come from all over the place. Just yesterday I tattooed a girl from Ireland.

As for his future, he has high hopes because of one thing, he has the guts to be great.

“I want to do great tattoos and be respected in the community. I’d like to be one of those legends who are known everywhere.”

With that attitude, it’s very likely. 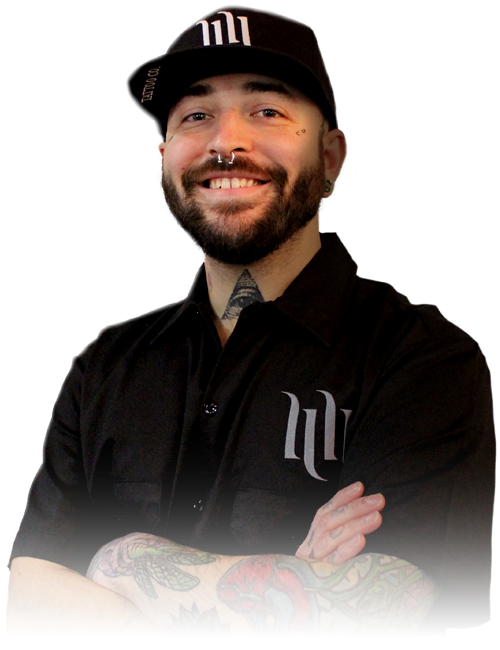 Get a tattoo from Dustin Quillen. 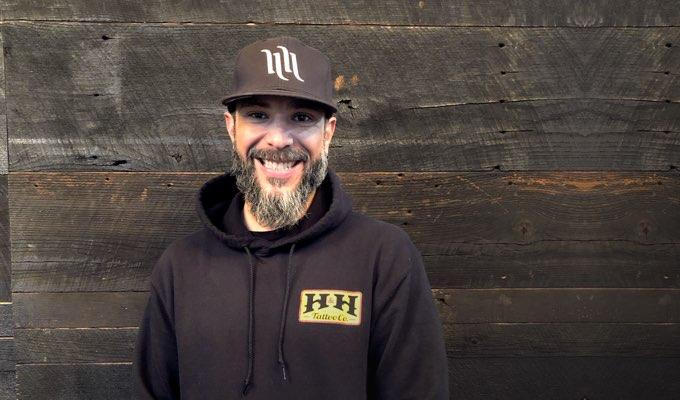 Life is what you make of it.

Yasir Nieves has been running the show at H&H in Nashville, Tennessee for roughly two years now, but it already feels like he’s been there for decades. His impact is profound—and intentionally so.
Continue reading 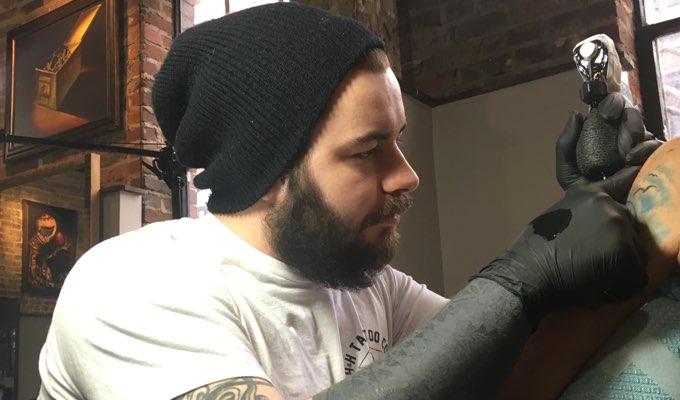 Celebrate the art of tattoo.

For our latest stories, inspiration, and tattoo advice please subscribe to our email newsletter.

Come fly with us.